Distress is a comedy about a trio of beautiful girls as they set out to revolutionize life at a grungy American university the dynamic leader Violet Wister (Greta Gerwig), principled Rose (Megalyn Echikunwoke) and sexy Heather (Carrie MacLemore). They welcome transfer student Lily (Analeigh Tipton) into their group which seeks to help severely depressed students with a program of good hygiene and musical dance numbers. The girls become romantically entangled with a series of men including smooth Charlie (Adam Brody), dreamboat Xavier (Hugo Becker) and the mad frat pack of Frank (Ryan Metcalf) and Thor (Billy Magnussen) who threaten the girls friendship and sanity

Slinky.me was right on the money 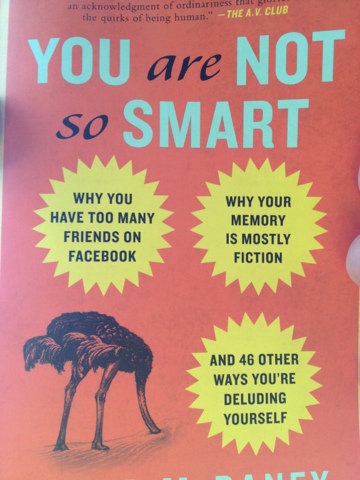 You Are Not So Smart: Why You Have Too Many Friends on Facebook, Why Your Memory Is Mostly Fiction, and 46 Other Ways You’re Deluding Yourself by David McRaney


View all my reviews 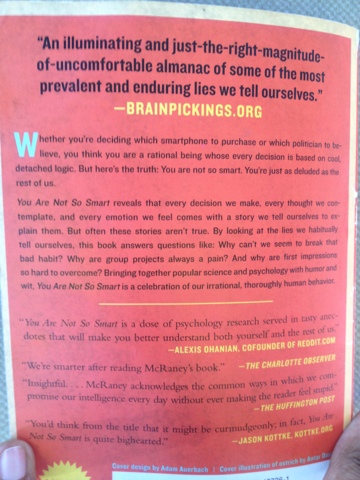 THE MISSION The free Linux operating system has been around for ages, but its inherent complexity and limited support has always relegated its use to extreme enthusiasts, programmers, and other hardcore types. That might be changing, though, as a lot of loyal PC enthusiasts are less than pleased with Windows 8, and gaming juggernaut Valve has thrown its hat into the ring by launching a Linux version of Steam, its popular online content delivery service. Given the lackluster reception of Windows 8 and the renewed popularity of Linux, we decided to build a Linux gaming box to see for ourselves whether the OS, at this time, could be a reasonable alternative to Windows for gaming.

OUR LINUX MACHINE was built with a low target price of $650 because we wanted this project to be semi-easy to duplicate by anyone. With this in mind, we started with Intel’s Ivy Bridge Core i3-3220 processor, as it comes at a reasonable cost, gives us a great upgrade path, and its low TDP of 55W means we won’t need a massive CPU cooler or PSU. Our Asus P8Z77-V LE motherboard is also affordable while offering both SLI and CrossFire support, as well as two USB 3.0 ports. Power is provided by a CX430 Corsair power supply from the company’s low-cost Builder series. Given our modest build-out, we figured anything bigger than 430W would be overkill.

GPU duties are handled by a Gigabyte GTX 650 video card, which at $120 performs better than a Radeon HD 7750 and should be sufficient for our Linux adventure. The system requirements of the available games are very low, so a more powerful GPU would be wasted. As our budget didn’t allow for an SSD, we went with a 500GB, 7,200rpm WD Caviar Blue. We scored 8GB of G.Skill Ripjaws RAM because it was dirt cheap at just $45. Holding all the gear is a Corsair Carbide case, which is just $60 but has USB 3.0 front panel ports, cable routing, and tool-less drive bays.

With the hardware in hand, it’s time to build the machine. If you need any guidance putting it together, check out this stepby- step guide from a previous build: http://bit.ly/wNwJyQ.

WE CHOSE the Ubuntu flavor of Linux for this project because it’s considered the easiest to use for beginners. To get started, we headed to the website (www.ubuntu.com) and downloaded our preferred flavor (image A). We chose version 12.04 LTS because it will be supported for five years rather than the latest 12.10 version, which will be only be supported for two years. After the download was complete, we prepared to burn the ISO image to a blank CD-R.

2 BURN THE ISO TO DISC

WE HAD TO find suitable software for burning the ISO to CD-R (at 695MB, the distro fits on one disc) since Windows 7 doesn’t natively allow burning ISO files like Windows 8 does. After searching, we settled on the free and easy-to-use Active@ ISO Burner. Go to www.ntfs.com/iso-burning.htm for the download, then run it. Browse to the ISO, select your optical drive, and hit the Burn button (image B). When it’s done, pop the disc into the optical drive of your new guinea rig, and prepare to install Linux.

THE BIGGEST DECISION you’ll have to make when installing Linux involves drive partitioning (a partition is a chunk of a storage device that appears to the OS as a separate volume). If you’re multibooting, install Linux to a separate partition, but if you’re like us and just want to run it off one storage device, you can ignore partition options (image C). After you’ve finished (or skipped) partitioning your hard drive, the OS will begin to install. It took about 30 minutes on our 7,200rpm drive, but it will take about 10-15 minutes on an SSD (we tested it just for fun).

JUST LIKE WITH Windows, the first thing you’ll want to do after you’ve installed Ubuntu is update the operating system. To do so, you will need to grab the latest updates from the Update Manager. Do this by clicking the power button in the right-hand corner of the screen and then clicking Update Manager to see a list of the latest updates; click Install Updates (image D). Unlike with Windows, which can take days to get up to date if you’re not using a Service Pack, the update process for Ubuntu took about 15 minutes. After that and a single reboot, we were up to date.

THE LAST THING you’ll need to do before installing Steam is to install the latest video drivers and other non-open-source or proprietary drivers, such as those for your motherboard. To install these drivers you’ll simply click the green video-card icon in the right-hand corner of the screen, which pops up a window that displays the proprietary drivers for your computer (image E). One of the cooler features of Ubuntu Linux is that it finds all the available drivers for your system, so you don’t have to visit the manufacturers’ website to download them. After you’ve finished downloading the drivers, you’ll need to restart your system, and then you’ll be completely set up and ready to tackle some games with Valve’s Steam client.

INSTALLING STEAM is fairly simple. Download the client from Valve’s website (www.valvesoftware.com) and then double-click it to run the installer, which takes you to Ubuntu’s Software Center. This Software Center shows you any newly installed software, and it’s where we’ll install Steam (image F). Once it’s installed, you can run the client. But first, you might want to check out other open-source games that are listed in the Software Center, which is a mini app store providing a few games and other small applications for Linux users.

AFTER INSTALLING Steam, you will need to log into your account and authenticate your computer via email. You can start installing games on your Ubuntu 12.04 machine (image G) after your first log-in. As of this writing, there were 41 games available, and just like in Windows, each of them (aside from TF2, of course) costs money. You will also be able to download any of your previously purchased games that are Linux-compatible (Team Fortress 2, for example). Although 41 games isn’t very many, Valve has been adding new titles at a steady clip. The company added 15 of the 41 titles in its Linux library in just the first month of the new Steam client’s existence.

OVERALL, WE WERE impressed with the experience we had using Linux for Internet browsing, word processing, and playing games. The OS ran surprisingly well on our modest rig. It booted quickly, shut down in a heartbeat, and handled multitasking without any problems. When it comes to gaming, our feeling is that it handles the games we play just fine, but the test bed of 41 offered by Steam at this time is too small a sample—we want more! We know Steam is not the only supplier of games, but we’re still talking about a relatively small gaming universe on Linux. As an example, Steam offers more than 6,000 titles on the Windows platform, so clearly no hardcore gamer can survive on Linux alone. Also, there are zero triple-A titles on Steam for Linux at this time—that right there is a deal-killer for us, at least in the long run. In testing, we sampled Team Fortress 2, Trine 2, and Waveform, and they all ran with ease at 1920×1200 on our budget box, with all settings maxed. We were greatly impressed by just how smoothly the games hummed along.

Just because we can’t survive on Linux alone doesn’t mean we didn’t like experimenting with it on the side, however. Building the Linux gaming box was a fun experience, and we’d recommend any enthusiast take it for a test drive. Besides, both Linux and Steam are free, so trying either one won’t cost you a dime.

WHERE ARE THE BENCHMARKS?

We know your eyes are scanning the pages looking for some hard numbers, but sadly, we don’t have any benchmarks this time around. We wish we did, but Linux isn’t very well supported by software developers who make benchmarking tools. We can tell you that to our eyes, all the games we tested played well on our GTX 650 at 1080p, running at least 30fps at all times. We were never lacking for GPU horsepower, in other words.

We wanted to try out the Phoronix Test Suite benchmarks, but Ubuntu warned us off installing it with a “bad quality” message. Another possible benchmark is x264, but it’s designed to test a machine’s CPU rather than its GPU, so it wouldn’t paint a complete picture of this system’s capabilities. Being a gaming machine, most people—ourselves included—are more interested in GPU performance and specific frame rates for games, but again, these numbers are hard to come by. None of the games on Steam have built-in benchmarks, and Fraps is Windows-only at this time, along with 3DMark, Catzilla, and all of the other games and programs we typically use. This situation might change now that Valve is pushing the gate open, but until it does, we’ll stick with an old favorite—EyeballMark.

The original article is included as an attachment to this message.